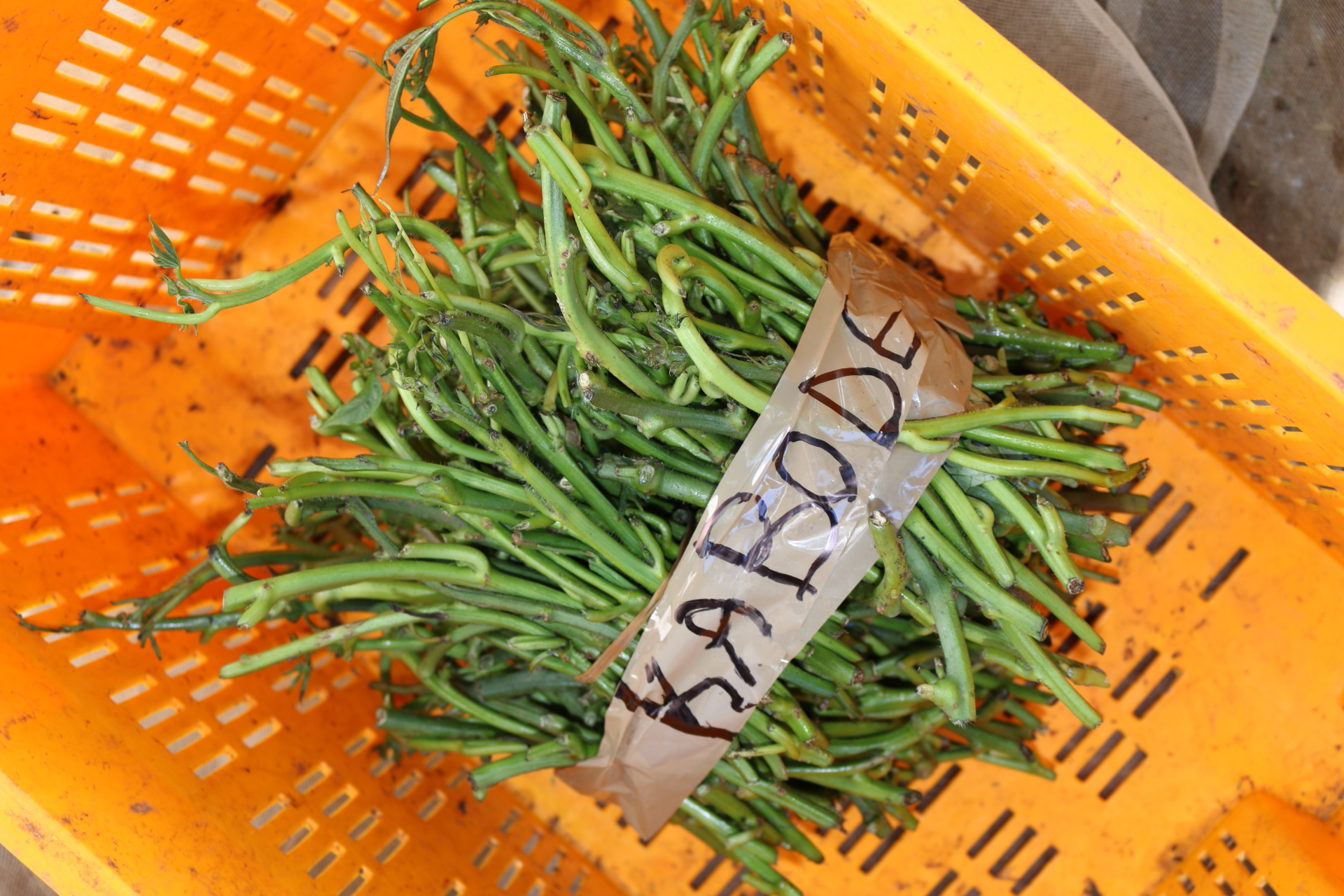 Lack of reliable seed systems where farmers can access clean planting material is among the major  constraints  to sweetpotato  production.  Most farmers get vines from the previous crop or from their neighbors. This is a risky system since it lacks a system for quality assurance and may lead to build up of systemic diseases and consequently decline in yield.  There  have  been  numerous  efforts  promoting  the adoption  of  quality  planting material  for sweetpotato within  sub-Saharan  Africa. However, most farmers still rely on their previous crops or neighbors for planting material. Noting  this  challenge,  the Sweetpotato   Seed   Systems   and   Crop   Management   Community   of   Practice   (CoP) dedicated  its  5th consultation  meeting  to  marketing  strategies  for  quality  sweetpotato seed.  The  theme  of  the  meeting  held on May  10 – 12,  2016  in  Arusha,  Tanzania  was ‘Marketing  strategies  for  quality  sweetpotato  seed’.  One  of  the  objectives  was  to  share experiences  from  the  public  and  private  sector  on  marketing  strategies for  quality  seed. Participants  brainstormed  on  methods  that  had  been  used by  various  projects  and institutions  to market  sweetpotato  seed.  Some of the strategies that were identified as being successful included:

a) Use of vendor kiosks showcasing products – both roots and vines

This  is  an  effective  marketing  strategy  for  sweetpotato  seed  since  interested  buyers  can purchase  vines while  buying the roots. In case a buyer likes a certain root he or she can also buy its seed.  This  way  a  farmer  is  able  to  buy  planting  material  based  on  preferred root  characteristics.  This approach can be improved by including more information e.g. brochures on good agronomic practices.

b) Using ICT to link actors along the value chain

ICT’s role in marketing is without question. Almost every company has to employ ICT in marketing lest some segments of the market be left out. Mobile phone technology is one of the game changers in marketing as it can now be used to also make payments. One of the   presenters   shared   how   they   were   using   mobile   phone   technology   to   market sweetpotato planting material in Uganda.    Stephen Kalule told participants that mobile phone communication was helping multipliers to harvest vines only after receiving orders from customers.  Additionally, farmers are able to contact multipliers easily.  Mobile phones  can  facilitate  transactions  using  mobile  money,  which is  convenient  and  cost-effective, and promotes saving among multipliers without bank accounts.

Every community has people who are revered within the society.  These individuals can influence   the   community’s   perceptions   towards   a   certain   technology   or   product. Identifying  such  people  and  including  them  in  awareness  creation  activities  can  boost adoption of quality planting material for sweetpotato, both OFSP and WFSP.

The  mass  media  has  always  played  a  critical  role  in  communicating  pertinent  issues affecting the society, agriculture  included. Radio is particularly important given its wide reach.  Almost  every  farmer  has  a  radio  which  they  listen to even  while  working  at  the farm. It can therefore be used as a tool to market sweetpotato planting material. Programs highlighting  the  importance  of  quality  planting  material  can  be  aired  and  contacts  of multipliers shared.

e) Use of a ‘pull’ approach

Participants at the meeting also suggested the use of a pull method whereby seed demand is driven by root demand. This  is especially  important for OFSP since  farmers often cite limited  root  markets  as  one  of  the  reasons  for  low  adoption. Linking sweetpotato seed and root value chain actors can spur the demand for clean seed.

Adoption  of  clean  planting  material  can  boost  sweetpotato  productivity  in  SSA  by reducing  yield  losses  associated  with  systemic  diseases. However,  more  efforts  and investments  are  needed  in  marketing  and  awareness  creation since  most  farmers  are  not used  to  buying  sweetpotato  seed.  The  methods  described  above  are  just  a  few  of  the approaches  that  can  be  used to  increase  use  of  quality  planting material.  The ever changing  technological  environment  also  presents  an opportunity  to  identify/develop other novel approaches that can be tapped in marketing of sweetpotato seed.

Previous CIP WELCOMES RACHAEL COX AS THE PROJECT MANAGER.
Next The EU Ambassador to Rwanda meets sweetpotato farmers in Rwamagana and Kayonza districts